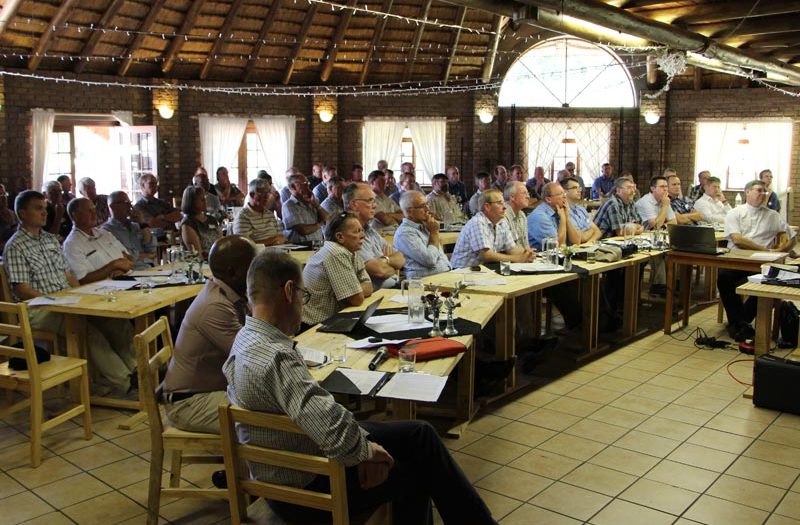 At 18:00 on 3 November, church councillors and pastors from the various congregations met at the FELS-Retreat near Paulpietersburg.

The evening started with a presentation by Mr. Harald Niebuhr on the 2018 synodical budget, which will increase by 5.95%. Pastor Harry Niebuhr then held the evening devotion on 2 Samuel 12:13, after which everyone met for a social evening with a braai. A big thank you to the Our Saviour congregation, who donated the food this year.

On Saturday the 4th of November, the meeting began with a morning devotion, held by Pastor Kurt Schnackenberg, with the text Matthew 3:13-17. After the devotion, Pastor Rüdiger Gevers gave an introduction on the topic: “Luther and his relevance to us today.” A video was shown about the historical background of the practice of the selling of indulgences, and how this led Martin Luther to write his 95 theses, and in doing so, starting the Reformation.

Three more topics were discussed. The first topic, “How does history impact us today,” was presented by Pastor Dr Heinz Hiestermann. The participants split into groups to read and discuss some of Luther’s writings. In summarising, it was emphasized that it is the Word of God that creates faith in people. Luther made it possible for the people to read and understand this Word of God by translating the Bible into German. Afterwards, a second video was shown, in which a historical overview of the years 1521-1546 was given.
After a short tea break, Pastor Martin Paul introduced the second topic, “Life in the World – Christians as members of two kingdoms.” A video was shown dealing with the consequences of the Reformation on society, especially in politics. In groups, it was discussed to what extent one must obey the secular authority, and questions of living in the two kingdoms, of church and state, were discussed. This was followed by a plenary discussion, where it was confirmed that both kingdoms are necessary, but that it is also important to properly distinguish between the two. The one is to promote the Christian faith, and the other to provide law and order.

The third topic, “Life in the World – Christians as Instruments of Our Lord and Saviour” was presented by Pastor Thomas Beneke. He emphasized that we are here on earth to serve our neighbour because Christ has redeemed us and we no longer need to earn our salvation. By serving others we serve God.

The closing devotion was held by Pastor Nathan Mntambo on John 1:17.