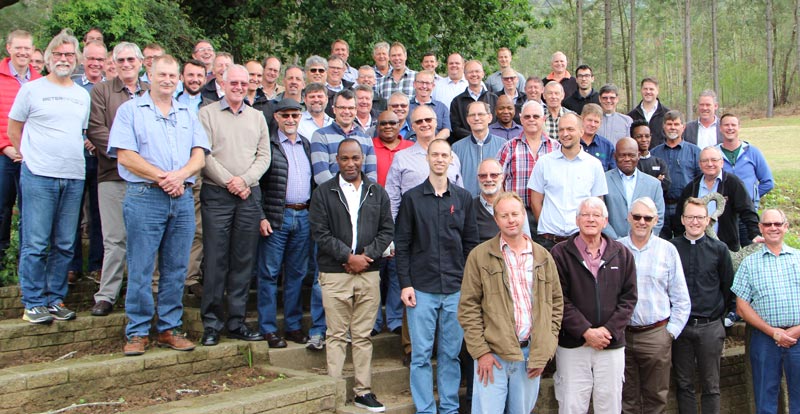 “What is important to you in your life?” This is the question with which Dr Frederick Marais – Lecturer of practical theology at the University of Stellenbosch – once sent out a seminar group (Church Councillors’ Meeting) in pairs of two into a village.

It’s a simple, non-threatening question that opens people to the conversation and helps you to quickly find out what problems your neighbour has and how you can help him. According to Dr Marais, this, in turn, is the key to how I can not only serve my neighbour in the postmodern time in which we live, but also testify to the salvation that has happened to me through Jesus Christ.

Nowadays, we often understand “mission” as: How can I persuade the other to come to our church on Sunday, to attend our service. A picture that contrasts strongly with the model, which our Lord Jesus Christ has implemented among His disciples, who were to go out into the cities and villages in pairs, to spread the message of salvation all over the world.

Under the theme “Why traditional churches in South Africa need to talk about mission,” Dr Marais – an influential thinker in the Dutch Reformed Church – spoke of the same phenomenon in the Reformed church that we as FELSISA are also facing, namely that our numbers are shrinking from year to year. Our definition of “church,” namely: “people who come to a church building and what happens in that church building” must – according to Marais – be strongly thought through and be overhauled. Mission, in which we serve our neighbour, is the only way in which we remain relevant to our neighbour.

What the seminar group that Dr Marais sent out to the village found, was that the Triune God was already on the street, at the margins, waiting for us to participate in His mission – Missio Dei. It is God’s mission and not ours. We should learn to let go of control and leave it to God. At the same time, we should open our eyes to see where God is already working today. The bad economic situation in South Africa today is a wonderful opportunity to help people around us who so desperately need help and thereby collect eternal treasures from God, according to the Word of Jesus: “For I was hungry and you gave me something to eat, I was thirsty and you gave me something to drink, I was a stranger and you invited me in.” (Matthew 25:35).

The meeting ended with a braai and a live broadcast of the final of the Rugby World Cup, which was won by South Africa.