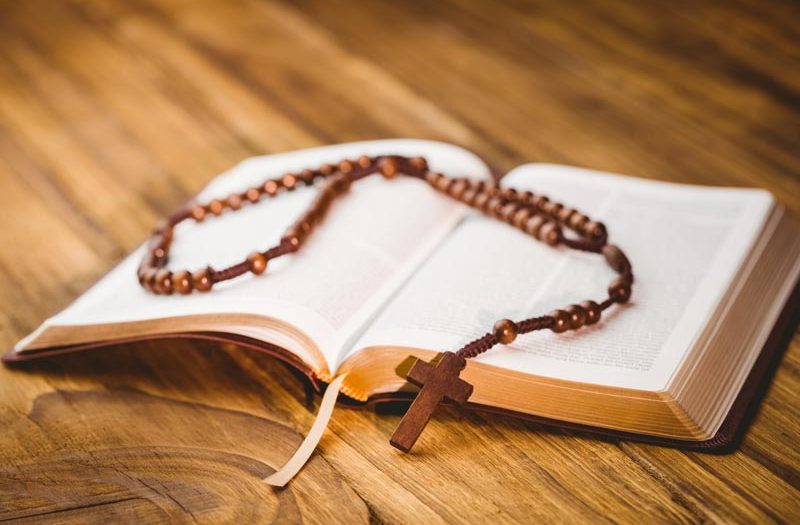 Reflection | “The reason the Son of God appeared was to destroy the works of the devil.” 1 John 3:8

It’s very cosmic. If you didn’t know the basic story of our salvation, you might picture the Son of God as some kind of supernatural being beaming destructive rays of light onto the futile attempts of the devil to bring harm to the children of God. The Son appears; He appears for that very reason, and His appearance is really quite magnificent.

And there’d be some truth to that description: The devil really is trying to bring harm to us who, by baptism, are God’s children. Jesus Christ really did appear to exactly that end, to make those efforts fruitless. And there is an unsurpassable magnificence in the glory of the Son of God, although we have it only “in jars of clay” (2 Corinthians 4:7). But the rest of it needs some work. The rest of 1 John 3 helps us realize that the apostle is trying to make something clear to his readers – and that means to us.

The work of the devil has little to do with a pointed pitchfork that he uses to snatch us out of Jesus’ fold, and very much to do with finding a way to direct our deeds in life, to make himself our guide by any means possible. The point of this is only half about the evil deeds as you and I see them. But in as far as he can bring us to believe that open sins against God’s commandments are acceptable, or justified, or not sins at all, he’s accomplished with us what he already accomplished with Adam and Eve in the garden, namely to lead us to condone sin.

But that’s only the one half of it. The rest is the consequence of this, which is simply to redirect our confidence away from God. The devil doesn’t really care which evil deeds you do or don’t do, nor which master you serve, so long as that master isn’t your Creator and Redeemer. But right there is where the true work of the devil becomes inseparable from your sin because the motivation behind every sin is finally the lack of faith in God. As long as we’re casting about for salvation somewhere else, the counsel God gives will seem useless, and anything else we then turn to is, quite expectedly, sin.

This is what 1 John means when it says, “Whoever makes a practice of sinning is of the devil.” There are many ways to belong to the devil, but only one way to belong to God. When you choose sin over faith, you’re choosing one of those many devilish paths instead of the one path that leads to righteousness and salvation.

The bible is an all-or-nothing text. Countless passages like this one describe what Jesus says in the clearest terms (Matthew 12:30): “Whoever is not with me is against me.” It’s enough for knowledge of just one nagging sin that won’t go away to drive a person entirely into despair.

But it is my prayer, time and again for everyone for whom I pray, that this doesn’t happen. Despair – fine – but only of your own works, because the magnificent Son of God has appeared. He triumphs and destroys the work of the devil. No one has ever been saved from the works of the devil except by the power of the Son of God. But “whoever believes and is baptized will be saved”: The Lord is not shy in claiming us over against the works of the devil. And when he does that, the devil’s work really does become futile. It’s magnificent, even if it does appear in a simple clay jar, perhaps one filled with the waters of baptism.