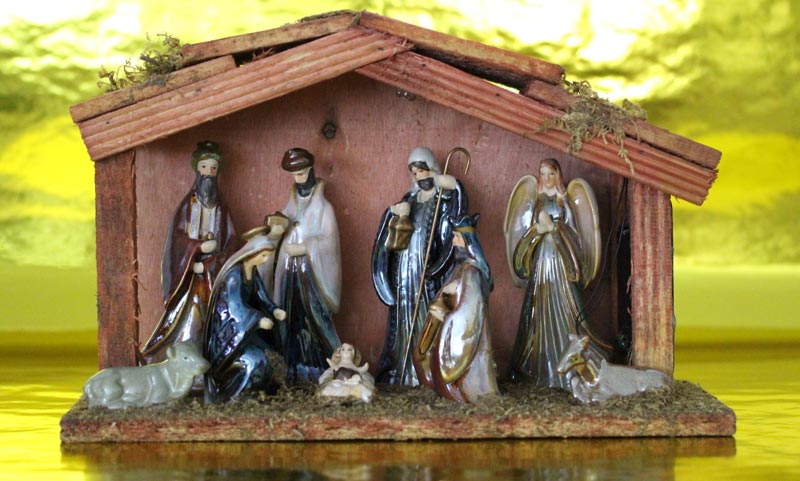 They only were hearing it said, “He who used to persecute us is now preaching the faith he once tried to destroy.” And they glorified God because of me. Galatians 1:23-24

Dear readers, how did the Christians in Judea react when they heard that Paul had been converted? They glorified God. They acknowledged the miracle of conversion, of inner change, of spiritual rebirth. No questions, no reservations, no scepticism. Even without verifying the rumour, solely by word of mouth: They say the persecutor has become a confessor, praise be to God!

Is this behaviour of the Christians in Judea not widely different from the way we frequently react? “Once a liar, always a liar.” Does this not sound familiar? Or: “One cannot expect anything good from that family, why should it be any different with him?” Or: “Five years ago she said or did such and such, therefore I tend to steer clear of her.” Or: “Even as a youngster he was insufferable and fickle, why should he be any different now?”

If we do this then something is wrong. The truth is: The transformation of Saul to Paul is not a commonplace occurrence. Otherwise it would not have been described so prominently in the New Testament. It is special. But it does occur. And we must leave it to God, meaning: trust Him implicitly that He can accomplish such transformations and changes and that he does it even today. Even in small things. It need not always be the radical turnaround, the total conversion. They can be small steps in the control of negative characteristics, that distinctly alter personal behaviour.

Clearly, the problem is that deep-seated changes in character occur infrequently and that our personal experiences call for caution. If, however, our personal experiences are the only yardstick, if the biblical witnesses and attestations of such miracles of change and conversion are relegated to the realm of myths of long ago, then we do not take God, we do not take the renewing power of the Holy Spirit seriously and are calling God a liar.

It is, therefore, our duty as Christians to always give each person a new chance. In doing so and in living accordingly, there will naturally always be disappointments. For certainly, not everyone purporting to be a Paul is indeed a converted Saul. Many disguised Sauls will drop their masks quickly and show their true self. Such disappointments may not, however, lead us to treat everyone by the same standards.

The disappointments we experience form part of our contribution to the suffering of Christ. Christ has to suffer continually and through us all, in that the power of regeneration and renewal of the Holy Spirit given to us in baptism, undergo relapses in our lives, into lies, indecency, vacillation, defamation, slander and all other sins. We ourselves offer Christ a thousand and one reasons for disappointment in us on a daily basis. The old hymn writers expressed this very drastically: Through our sins, we crucify Christ anew every day.

Do we thus have the right to refuse others another chance, because we have so often been disappointed by them? Of the Christians in Judea, having heard of the conversion of Saul, it is reported: They glorified God. This was reported by Paul himself, who was moved and amazed to discern the significance of kind words and thoughts towards him, in fact of love and goodness.

The reaction of the other Christians who were not sceptical, suspicious and prejudiced to distance themselves, but praised God for the new fellow believer, underpinned the conversion and fortified Paul in his faith along the new path. In this manner, God himself exercised spiritual guidance and strengthened Paul’s faith through the glorification of His people. Likewise, in this manner, each one of us can give spiritual guidance to others.