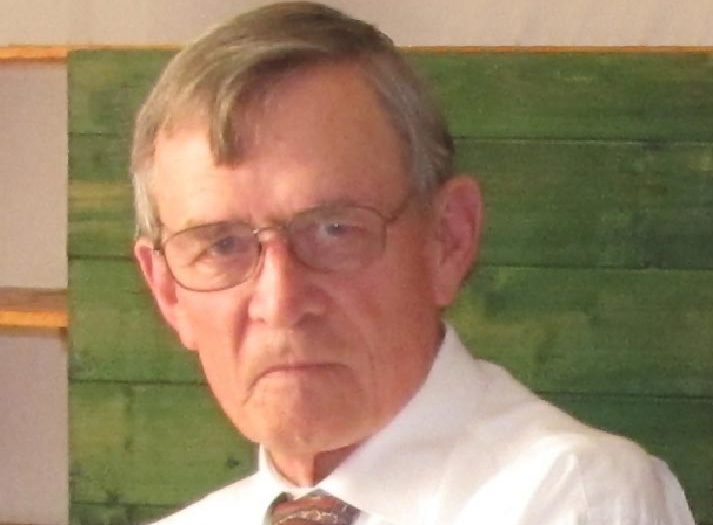 Pastor Eckart Georg Schroeder passed away on 23rd May 2016.

The circle of readers of the “FELSISA Witness,” who have met, known or been guided and inspired by Pastor Eckart Schroeder, is getting smaller and smaller. The older ones, who are privileged to have known him, might be reminded through these lines what they owe Eckart Schroeder as a human being and as a Pastor. They might reflect a bit, fold their hands and thank God for a life in the service of the Church and for the grace that spared him further suffering. This article might also inform the youth and others who had never met him, about what he himself and his ancestors have done and built up here in South Africa during their God-given lifetime. Names are also recalled that have played an important role in the history of the FELSISA.

Eckart Schroeder was born on 4th April 1938 near Glencoe, Dundee in Northern Natal.

His mother was Frieda Hellberg. Her father, Wilhelm Hellberg, was the pastor of the Uelzen congregation and served FELSISA as President from 1912 until his death in 1923. (FELSISA Witness 03/14, pages 16-17).

Eckart’s father, Friedel Schroeder, was the son of Georg Schroeder who was one of the men who had founded the Uelzen congregation in 1894. This congregation then joined the FELSISA in 1898 as the “Evangelical Lutheran Salem Congregation.” (FELSISA Witness 02/14, page 11).

Eckart’s grandmother on his father’s side was Anna Müller, a grand-daughter of Eckart’s great-great-grandfather, the Missionary Heinrich Müller, who was one of the eight missionaries who were sent out from Germany to South Africa by Louis Harms on the ship Candace in 1853.

Thus some of Eckart’s ancestors played an important role in the history of Lutheranism in South Africa and in the FELSISA itself and had faithfully supported the Uelzen Congregation and our Synod for decades.

Eckart grew up in the countryside, attended the Uelzen Primary School, was confirmed in the Uelzen Church on 19th June 1952 and finished his schooling at Glencoe High School.

His great dream to become a pastor was fulfilled when he was able to study at the “Lutheran Theological Seminary” in Oberursel, Germany. In Germany, he met Magdalene Roth, married her in 1964 and moved with her to Cleveland, Ohio, where he served the local Lutheran congregation as a vicar. During his time in the USA, he also got his “Bachelor of Divinity” from the Lutheran Concordia College in Mequon, Wisconsin. Their daughter
Elizabeth was born in Cleveland.

He returned to South Africa together with Magdalene and the daughters Elizabeth and Dorothea, born in Germany, in 1967. His ordination took place on 15th October 1967 in his former home congregation Uelzen. One week later he took over the St Paul’s Congregation, situated back then in Homestead Park in the south of
Johannesburg.  Nowadays a mosque stands on the property.

Years full of work followed. Eckart, who was fluent in English, Afrikaans and German, preached not only in the German congregation, but also conducted services in Afrikaans and English, until the need for Afrikaans in Fairland, got less and less. In addition, he served Lutherans on the East Rand (Springs and Germiston), in Ventersdorp, Potchefstroom and Perdekop with Word and Sacrament. Many a Sunday he conducted three services in three different languages in different places in greater Johannesburg and even in Pretoria, until this growing congregation became an independent congregation with her own pastor in 1969.

At the end of 1970, the congregation moved from Homestead Park to Fairlands. Sunday services were initially held at the parsonage in Smit Street. Eckart was involved in dealing with the authorities and supervising the construction work of the present Church (the foundation stone was laid in 1976 by President Günter Scharlach) in Fairlands, 155 Kessel Street. This was followed by the planning and building of the senior residence “Fairland Village,” which was officially opened on the neighbouring plot in 1985. He served for nine years as chairman of the “St Paul’s Lutheran Charitable Foundation.” Fairland Village is one of the legacies that testify to his efforts and his energy. He was the driving force behind many developments. Fairland and the St Paul’s Congregation would be the poorer without them.

For many years Eckart and his daughters were members of the brass band. He wrote the St Paul’s Parish Paper, repaired the congregation bus, transported the elderly to the monthly Senior Meetings whistled like a bird and told jokes at the convivial congregation events, lectured at the Lutheran Seminary in Pretoria, gave shelter in the parsonage to refugees from the Congo, cared for families who came from the former German Democratic Republic to look for work in South Africa, printed the books of his father (like “Uelzen Damals”) on an antiquated printing press and…. So much more could be written about his activities.

He and his wife Magdalene served Synod for many years as Youth Parents. Many youngsters at Youth Camps benefited from his down to earth presentations and his humour.

It was a heavy blow for the Schroeder family (to which Dietrich, Roland and Ursula had been added) when Dietrich died of Leukaemia in 1981, at the age of 12. Dietrich was laid to rest at the Uelzen cemetery where his Hellberg and Schroeder ancestors are also buried, and where Eckart has now also found his final resting place.

In 1993 Eckart accepted a call to St John’s Congregation in Shelly Beach and left the St Paul’s Congregation after 26 years of service.  He served the Shelly Beach congregation for a further seven years, until the year 2000 when he retired due to his deteriorating health at the age of 63. An “uninvited guest named Parkinson,” had entered his body. He spent his last years in Hillcrest. He held services for the local Indian congregation and stood in for colleagues when necessary, despite his handicap.

Shortly before his death, he received notice that he was now also suffering from Leukaemia. In spite of this, he kept his humour and his trust in his Creator and Redeemer, and shared this until the end in his many emails.

We whose lives he has touched bid Pastor Eckart Georg Schroeder farewell with a thankful heart. May the Almighty comfort his wife and his children and grandchildren.