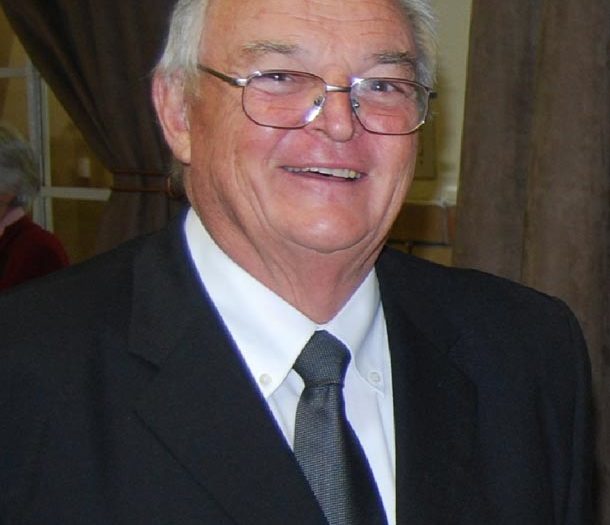 Ernst Alfred Wilhelm Weber was a Pentecost-type figure: We each heard him speak in our own language (Acts 2:6). He wanted to get people to speak with each other across all linguistic boundaries.

As a translator, he tirelessly built bridges in a world of separation. After all, he spent most of his life in the realm of Apartheid. Thus he wanted to lend his voice in service of unification. We heard him speak in our own languages the mighty works of God (Acts 2:11).

This Pentecostal determination may also have been a result of the fact that even as a child, he had to cope with the experience of harsh separation. He was born on 17 November 1933 in Paulpietersburg and had to spend a part of his childhood in Germany during World War II because the outbreak of war prevented him, along with his mother and siblings, from returning home to South Africa, separating him from his father. He returned to Germany for his studies in 1952 – again being separated from his family. After passing his first theological examination on 14 August 1958, he was deployed to missionary service in South Africa on 16 November that same year in Dreihausen, his second home. His bride Karin Ziegenhagen followed him one year later, and they married on 23 April 1960 in Wittenberg. Shortly beforehand, on 27 March, he had also been ordained there into the service of the church. The young couple found their first place of service not in a familiar Zulu-speaking area, but in Roodepoort. This large Tswana congregation now also heard him proclaim the mighty works of God in their own language. He had already completed the translation of the Augsburg Confession in 1964 as the first step in the great project of translating all the Lutheran confessional writings. In 1965, Wilhelm Weber was called to serve as a lecturer at the Lutheran Theological Seminary in Enhlanhleni, and in 1970, he was charged with the running of the seminary, along with all the additional administrative tasks and the management of the facilities. Here he worked for more than a generation as a teacher of the pastors-in-training of the LCSA. He taught Dogmatics, Practical Theology, and the Old Testament. He relentlessly pursued his objective of getting the new generation of aspiring pastors to learn the native language of the respective others. He diligently applied himself to translate all synodical documents into the second language of the synod. The event of Pentecost does not always simply happen of its own accord; usually, it comes about as a result of conscientious effort. In the process, he did not neglect to pay attention to the biblical languages either. Wilhelm Weber translated a Hebrew grammar to make it easier for his students to learn the language of the Old Testament. In 1975, the University of South Africa (UNISA) awarded him the graduate degree of a Doctor of Theology on the basis of his dissertation: “The definition of responsibility in the theology of Martin Luther and of Dietrich Bonhoeffer.” Even after his official retirement, Wilhelm Weber continued to serve as a lecturer until the end of 2000. The beautiful Festschrift “Lutheran Theological Perspectives” was dedicated to him at the conclusion of his service. But he still continued to translate diligently and to furnish literature in the languages spoken in the LCSA. In 2011, Concordia Theological Seminary in Fort Wayne, IN, USA awarded him an honorary doctorate.

Despite this immense workload, Wilhelm Weber also took on many additional tasks. Abel Sibanyoni lists no fewer than 13 activities he clearly remembers his teacher carrying out. As Wilhelm Weber revealed in his Christmas newsletter, his favourite subject at school was mathematics. And so it was as if he was predestined to serve as church treasurer for decades. This just as an example.

Wilhelm Weber’s linguistic style mirrored his unique characteristics. He loved the conjunction “and.” Extending the gesture of a loving embrace, he did not want to overlook anything or anybody. And so it was a special joy to him to see his own children multiply in number: Wilhelm was born in 1961, Ruth in 1963, Renate in 1965, Anne in 1966, Gerhard in 1968, Elisabeth in 1968, Peter in 1970, Christoph in 1971, and Magdalene in 1975. Here too painful separations had to be endured, as the children had to go to boarding school from an early age. But that only led their father to follow their progress with even greater attention. And then he rejoiced over each additional “and” added to the family in the form of children-in-law and grandchildren. And his daily prayer list for all his loved ones kept growing longer and longer. His wife Karin supported him in all of his work and played a considerable part in its success. And how delighted he was that there was no end in sight to those following in his footsteps to study theology in Oberursel!

This great assembly of so many tasks and people who were close to him was held together by the inner reflection on the one Lord Jesus Christ. Wilhelm Weber was passionate in his devotion clearly and unequivocally to preserve this centre as the mainstay. He fought for the freedom of the Lutheran faith, since for him, the full range of life could only be opened up by the Gospel. And this range of freedom will open wide for him more than ever before, when he gets to see what he believed: God in his full heavenly glory.

Wilhelm Weber Sen. died September 6, 2017, and received a Christian burial on September 9, 2017, in the cemetery in Lüneburg, South Africa. A large group of mourners including more than 30 pastors attended the funeral. Rev. Dr Radikobo P. Ntsimane held the sermon in the divine service. Previously, at the residence of Wilhelm Weber in Welbedacht, his son-in-law Rev. Kurt Schnackenberg had held a valedictory devotion in German while his son Missionary Peter Weber had held one in Zulu.