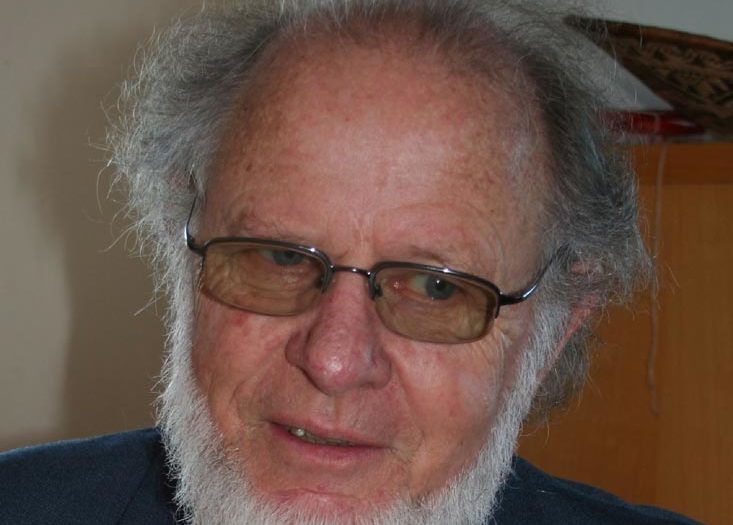 On 4th September 2018 our brother in Christ, Mr Lutz Kohrs, passed away after a heart operation, which he underwent in Cape Town.

With this obituary, I would like to honour the significant contribution that he made to church music, not only in the FELSISA, but far beyond its borders in South Africa.

Lutz Kohrs was born on 12th December 1937 and baptised by Pastor Schnackenberg in Wittenberg, Mpumalanga, on 19th December 1937. He attended the school in Wittenberg, where his musical talent was realized and nurtured from an early age. On 18th November 1951, he was confirmed by Pastor Schnackenberg. The Bible verse dedicated to him was taken from 1. Timothy 6:12: “Fight the good fight of the faith. Take hold of the eternal life to which you were called and about which you made the good confession in the presence of many witnesses.” After completing his school career at the High School in Piet Retief, he attended the University of Pretoria where he attained a BSc-degree in Mathematics and Statistics.

He then went to Germany to study church music at the university in Hamburg under renowned lecturers such as Kurt Thomas (choral conducting). He completed this study with the Diploma in Church music (equivalent to an MA-degree) and returned to South Africa in 1966. He was appointed as a music teacher in Wartburg, KZN, where, through his knowledge and enthusiasm, he introduced the scholars to the blessings of singing, instilling a love for music in many of them. During this time he was instrumental in establishing the choir of the German cultural association in Natal. In 1968 they performed the Christmas Oratorio by J.S. Bach for the first time in Natal. This choir was later renamed as the “Natal Bach Choir.” Through the work of this choir Lutheran church music was carried out far beyond the borders of our church.

Subsequently, he was appointed as a lecturer in the music department at the University of Pretoria, where he established the Academy Choir, to help train students in choral conducting and choral singing. It was heart-warming to read the messages on Facebook by students who studied under Lutz Kohrs following his death. To this day they are benefiting from his work.

In 1980 he returned to Germany for a second time to study musical pedagogics. After returning to South Africa he was again appointed as a teacher in Wartburg.

In 1969, together with Pastor E-A Albers, he organized and presented the first conducting course for the conductors of the choirs in our church. These conductors included the following people: Gustav Lauterbach (Kirchdorf), Friedel Schroeder (Uelzen), Arthur Engelbrecht and Louis Niebuhr (Lüneburg), Chris Johannes sen. (Wittenberg), Friedel Johannes (Panbult), Herbert Lauterbach (Pretoria), and Lydia Lauterbach (Johannesburg). These courses directed and guided the church music in our church and changed the direction and practice significantly.

On 6th February 1971 the choir association of our church was formed as a result of Mr Kohrs’ efforts. The aim of this association was to advance church music in our church and to organize a choir festival once a year. Through this association and the subsequent choir festivals, we were introduced to a magnitude of hitherto unknown church music. The horizon was expanded to include motets and the settings of psalms by renowned composers such a Bach, Schütz, Händel, Pachebel and Buxtehude, to mention just a few. The singing of choral settings, a central part of Lutheran church music in the choirs, was advanced through the choir festivals. All these initiatives and achievements are enough reason to be grateful for the work performed by Lutz Kohrs. His enthusiasm and ability to convey this wealth of music to our church fills us all with a deep sense of gratitude!

After a period of about 30 years as chief conductor of the choir association, he resigned from this position in 1999. I would like to express my sincere gratitude and high esteem for the work performed by Lutz Kohrs as leader of the choir association in our church. As a qualified church musician, he introduced us to the magnitude of possibilities to praise our Lord and Saviour through music. His ability and enthusiasm advanced the music in our church significantly.

We know how significant his contribution was and are thankful to our Lord who afforded us the services of such a gifted musician. It was an honour to have studied at his feet. May he rest in peace.