FELSISA / FELSISA News / Presentation: Making decisions and living with them – perspectives (also) regarding the Corona pandemic. 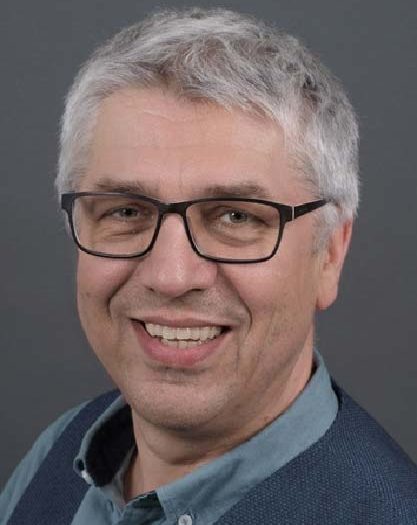 Reverend Provost Manfred Holst, SELK [I would suggest describing the office – it’s unlikely that anyone will know what this title means] Definitions of Provost Definition of provost

1 : the chief dignitary of a collegiate or cathedral chapter

2 : the chief magistrate of a Scottish burgh

The presentation was given as a congregational lecture at the Wilhelm Löhe Seminar on 25.02.2021, Diakonissenwerk Korbach as a digital lecture. It was shortened for the FELSISA Witness by the editor, Pastor Rüdiger Gevers. In this article the first part and in the next issue the second and last part of the lecture will appear.

The year 2020 will probably go down in history as the Corona pandemic year. Serious decisions were and are still pending. Lockdown, restricted church services, necessitated school closures and re-openings. Decisions upon decisions.

The insight of Pythagoras, the Greek think­er of the 6th century B.C., “The shortest words – ‘yes’ and ‘no’ – are those which require the most thought,” is proving to be true.

In the church and society of the current 21st century, we are confronted with many different options, so much so, that it can be defined as a “decision society.” Some observers of these times also speak of the tyranny of decision taking.i We are no longer free not to choose. One consequence of the many possible paths and options, they say, is that it leads to wrong decisions, dissatisfaction and stress. Nevertheless, I think it is rightly pointed out that many people today gratefully embrace their freedom with regard to personal paths in life, such as choosing a partner and a career.

Before the spiritual consideration of the topic, I would like to give a brief overview of the basics of decision-making.

Anyone who thinks about decision-making cannot avoid the debate about free will. For when we choose from various possibilities, we assume that there is free will.

The freedom of man and his decisions is a cornerstone of democratic societies. In philosophy and natural science, however, there is a dispute about the freedom of the will. I am most convinced by the position that coincides with the intuition of most people: in principle, there is freedom of the will, but it is strongly influenced by “many factors, internal and external”.ii

Lutheran theology has also been deeply concerned with the question of freedom of the will. Martin Luther and the Confessional Writings of the Lutheran Church maintain that man has no free will with respect to God.iii The basic thesis is that man cannot decide by his own strength and will to believe or trust in Jesus Christ. The reason of our being is God’s decision for us. Thus, faith remains a gift and an effect of the Holy Spirit.iv

However, this does not mean a determinism in which it is assumed that all “worldly events”v and human decisions or actions are causally predetermined and that there is thus no “room for creational freedom”vi. This idea of “freedom” is referred to by the 18th article of the Augsburg Confession, when it states:

“Of free will it is taught that man has free will to a certain extent: He can outwardly lead an orderly life and freely decide in matters accessible to reason…”vii.

2.2 Decision-making arises through a process.

Good decision-making is never limited to the moment of choice, but are is the result of a process. This means, on the one hand, that you need time to notice take note of alternatives. On the other hand, it is necessary to do research and thus to inform yourself.viii

According to Hans-Rüdiger Pfister and other authors, decision-making can be understood as a mental process “whose central components are judgments, evaluations and choices”.ix

The corona pandemic came to be a decisive situation because every decision would have immediate consequences for society. Thus, there were and still, are two conflicting values that need to be evaluat­ed: For example: Can — in the light of spreading virus mutations — school openings be justified, considering that it could hamper the efforts to contain the pandemic? Hence, in a decisive situation such as this, the pros and cons of the planned school openings have to be evaluated and a choice be made accordingly.

“Every decision aims to end an ambiguous state of affairs. It is about clarification and ‘decisiveness’.”x

2.3 Factors that can complicate decision-making

The more options we have, the more acute the question on how we should live, becomes. The many possibilities we have in making decisions have changed our lives.

And there’s something else that complicates decision-making:

With each decision we make, something falls away – another experience perhaps, another way of discovering the world.

Decision-making is not difficult, because we due to us human beings being are stupid or incompetent. Decisions are never easy to make when something is at stake. And sometimes it this is because there simply is no best option. For example, a young woman ponders the question of which profession to pursue: doctor or lawyer? One profession might suit her better. The other profession could have more advantages. In a slightly exaggerated fashion, this means, that we should avoid looking for the “right” way because it does not exist. Even if we be to know everything about the possible pathways, the decision remains a “hard” one.xi

There is very often no right or wrong. It is not a question of which decision is the better one, but which person I want to be. In the background of difficult decisions is above all this question about our own values and what’s really is important to us. In the absence of their own background of values, attitudes and convictions, people tend to remain “postmodern surfers”, without orientation when making decisions. The problem with respect to the diversity of options can only be solved when we exclude a large part of the options for ourselves. Only then does diversity also mean freedom.

Are there external or internal limitations that constrict my thinking and feeling too quickly, such as the thought, “I can’t refuse this”? It could be tantalizing to ask if there are other alternatives.

When we have made a decision internally or emotionally to prefer an alternative, we tend to look for better arguments to support the alternative. We are no longer open-minded. This is simply human nature.

Many decisions are made because people feel comfortable with them in the short term or find the process of making a decision too strenuous.

We often overestimate ourselves and consider ourselves to be clever, informed and rational and therefore good at making decisions. This is not always the case.

In the Christian faith, decisions always have to do with the words and instruc­tions of the Holy Scriptures, especially with the instructions of the Ten Com­mandments and the ethical instructions of the New Testament. But the Holy Scriptures are not a “book of law” with rules for every situation and every decision. Whoever turns the Bible into that kind of a book, will not do it­ justice, I think. And I don’t do justice to myself either, because often my actual situation cannot be directly compared with what the Bible formulates.

Again and again, there are preachers within Christendom whose guiding principle – often unwittingly – is: “Radicality is the hallmark of truth! The more radically the will of God is proclaimed, the more biblical, the more Christian the sermon is.”xiii

This may often lead to the approach follows from this that only the one who goes along follows this steep path and affirms it has understood what faith is all about. This sets in motion a serious perilous cycle in which Christians strive ever harder to do God’s will, but are ultimately doomed to fail.

But maybe we find help indecisive situa­tions and in our quest for the will of God in such words, that shows another path and lay another track:

The ones who labour are those who are exhausted due to struggling with a heavy burden. Jesus most likely envisages those who religiously overburden themselves or allow others to overburden them as people who are heavy laden.xiv

In the parable of the entrusted Minas (Luke 19:11ff.), three servants are entrusted with different amounts according to individual ability or personal possibility. All three receive a large sum, and yet there is no “egalitarianism.” Jesus is not concerned here with the overstraining of the servants as a principle but wants to avoid it.

iv        Cf. the explanation of the Third Article in Martin Luther’s Small Catechism: “I believe that I cannot by my own reason or strength believe in Jesus Christ or come to him….” As translated from the German original.

vii      As translated from the German original.

Part 2 will appear in the next edition of the FELSISA Witness and will focus on God’s will for my life and decisions that are supported by Lutheran spirituality.