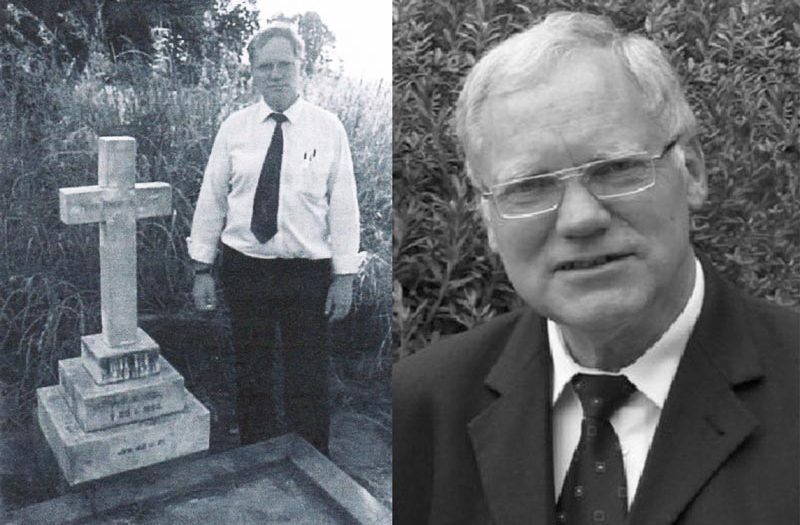 In October 1998 Pastor W. Arndt from the USA with his team held a workshop about church growth for the pastors of FELSISA and LCSA; in 2002 a “Year for Evangelisation” was carried out, for which Rev. Murvin Kentel of the English Lutheran Fellowship visited the FELSISA congregations; and in connection with the Ablaze-Action of the Lutheran Church – Missouri Synod, Dr Robert Scudieri from St. Louis, USA, held a workshop entitled “Mission and Extension” in January 2006.

Extension in Other Languages

Until the 1960s the gospel was proclaimed in the FELSISA only in the German language. Since then the good news, in accordance with the Lutheran Confessions was also proclaimed more and more in other languages. The necessity to also hold Divine Services in English and Afrikaans arose at first in the cities, and Rev. E. Schroeder started with services in the English language in Johannesburg in 1967. Today nearly all FELSISA congregations hold – in addition to services in German – also some in either English or Afrikaans. And since the 1990s several congregations came into being, which only use either the English (Cape Town, Randburg, Wartburg, Arcadia) or Afrikaans (Piet Retief, Pretoria) language. Since the 1990s the correspondence within Synod was at first conducted bilingually, until in 2010 it was resolved that all correspondence which is directed to all congregations of Synod should be in English. Since then the Synodical and Pastors’ Conventions and all synodical meetings are held in this language.

Year of Thanks Offering

To counteract the financial worries mentioned in the previous chapter, a number of proposals were made at the 1994 Synodical Convention. They led to the formation of a committee, which was tasked to explore this matter further. At the end of the same year, it proposed that a “Year of Thanksgiving” be held in the FELSISA congregations.

Rev. Lester Gierach from Canada, who at that time was pastor of the English Lutheran Fellowship (ELF) in Randburg, visited the FELSISA congregations in 1995 and held extensive Bible studies and spiritual reflections about God’s spiritual and material gifts, and the responsibilities to church and congregation that go along with them.

In addition to that, it was endeavoured to set up the synodical budget as clearly and as timely as possible, and to explain every item on it.

As a result of these efforts, it could gratefully be stated in connection with the report to Synod in 2004, “that the joyfulness of giving within the congregations has pleasingly increased.”1

The change of political power in South Africa in 1994 caused many citizens to leave the country. The FELSISA was affected by this emigration wave too, and through it lost nearly 15% of its members – mainly from city congregations.

Over time, a number of resolutions had not been worked into the Synod’s Constitution, and as some of its regulations were no longer valid, and
several other regulations existed in parallel to the constitution – which sometimes led to confusion – it became exceedingly necessary to draw up a new body of regulations. After lengthy preparations, the Constitution and Bylaws of the Free Evangelical Lutheran Synod in South Africa (FELSISA) were accepted in November 1996.

After years of preparation by a hymn book committee led by Rev. W. Köhne, the FELSISA’s own Lutherisches
Gesangbuch (Lutheran Hymn Book) could be taken into use by all German-speaking congregations on The Third Sunday in Advent in 2004.

Situation until the 1990s

Until the 1960s the FELSISA was in altar and pulpit fellowship with the Independent Evangelical Lutheran Church (SELK) in Germany (of which the Hanoverian Evangelical Lutheran Free Church had become a part in 1972) and, of course, with the congregations of the Bleckmar Mission in South Africa. When those congregations became the Lutheran Church in Southern Africa (LCSA) in 1967, the church fellowship was transferred to this new church body.

But other than with these churches, the FELSISA had no official fellowship with any other confessional Lutheran church bodies. It knew about their existence but there were very few, if any, contacts with them. The church fellowship with the Wisconsin Evangelical Lutheran Synod in the USA and its termination and the declaration of fellowship with the Lutheran Free Churches in Finland and Denmark have already been mentioned.

After the doctrinal talks in 1994 with the US-American Lutheran Church – Missouri Synod (LCMS) had shown the necessary unity in teaching and confession, the Synodical Convention of the LCMS officially and solemnly declared altar and pulpit fellowship with the FELSISA in 1995.

In 2004 the existing fellowship was underscored by a visit from an LCMS delegation, led by its president Dr
Gerald Kieschnick.

In 1995 the FELSISA was accepted into the International Lutheran Council (ILC), in which most of the world’s scriptural and confessional bound Lutheran Churches are represented. In 2001 the FELSISA, together with the LCSA, had the honour to host the ILC Conference at the Kirchdorf congregation in Wartburg.

As the existing church fellowship with the Independent Evangelical-Lutheran Church (SELK) in Germany and with the Lutheran Church in Southern Africa (LCSA) had never been recorded in writing, an appropriate Agreement with the SELK was signed in 1995, and in 2002 a Protocol Document with the LCSA.

The interconnection in faith and confession was regularly expressed by words of greeting from the churches being in fellowship with FELSISA at its conventions and reached a high point at the 2000 Synodical Convention at Panbult with the personal attendance of Presidents Dr Ralph Mayan (Lutheran Church Canada), Dr Carlos Winterle (IELB), Dr Karl Fry (ELCE), and Bishop Emeritus Dr Jobst Schöne (SELK).

The connection to the ILC also led to the participation in several international conferences.

After reaching retirement age, Peter Ahlers lay down the Office of President on 31 December 2009.

As the following Synodical Convention in May 2010 changed the designation ‘President’ to ‘Bishop,’ P. Ahlers consequently became the last President of the FELSISA.