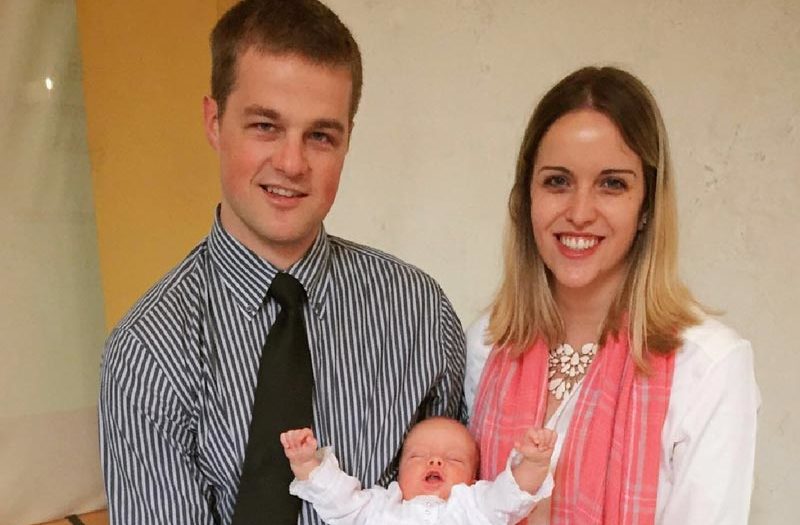 I am married to Nicola Heidi Paul and together we have a son named Thomas, who was born in Leipzig in April 2016. My parents are from Panbult.

Shortly after Nicola and I got together, I wanted to become a pastor. I studied BA Psychology at the University of Pretoria and learnt the ancient languages Greek, Hebrew and Latin there in order to continue studying theology in Germany.

In February 2013, I went to Oberursel (Germany) alone, to start studying theology, while Nicola had to stay and finish her final year of social work in South Africa. On the 9th August 2013 we got married in Wittenberg (South Africa) and Nicola came to Germany after she finished her studies. We stayed in Oberursel until February 2015, when I completed my mid-exams (Zwischenprüfung).

At Oberursel one can discuss theological topics in great depth. The campus, library, church, accommodation, sport field, and braai area all are at one place right at the edge of a forest and mountain (which the students call the “Holy Mountain”) and we only need to walk about 300m to do our grocery shopping. One can get by very easily without a car.

In April 2015 we moved to Leipzig to continue studying there at the University. We went to Leipzig because the living conditions were the cheapest there and the theology professors are well known across Germany. I was also able to attend some lectures at the University of Halle (about 40km away). Leipzig allowed me to study Reformation History in great depth, and we even took a trip to Wittenberg, to further familiarize ourselves with the history of Luther. I was also able to study many of the other theology courses while in Leipzig. Church music is also a speciality in Leipzig (it’s the city where Johann Sebastian Bach lived). We attended various concerts of Bach, Händel, Reger, Pretorius, etc. I was also able to attend the brass concert in Dresden this year. Our son, Thomas, was born in Leipzig on the 15th April and baptized at the St. Lukas Church (SELK)  on the 12th June.

In February 2016 I applied to go to St. Louis (USA) for an exchange year, which was to start in August. So we moved back to Oberursel, where we could store our furniture and things for the year. But to our bad luck, the designated apartment in Oberursel flooded, so that only a 24m2 room was available for us to live in. So the three of us had to squish together, as only a single room had to function as a kitchen, bedroom, and living room. We also stayed there longer than intended,
because Thomas’ passport arrived so late. By then we had had to cancel our trip to the USA, as the courses there had already started. We, therefore, decided to go home to South Africa for 6 months. We arrived in South Africa on the 7th of of September.

But the time in South Africa is not going to waste. On the 17th October, I started a six-week Congregation Internship in Pretoria. Afterwards I will be attending the Synodical Youth Retreat at Kirchdorf in December. From March 2017 I will continue studying in Oberursel.

Next year I want to apply for the exchange year in Fort Wayne (USA), which will start in August. After that, the plan is to finish my final year in Oberursel and hopefully write the final exams in September 2019. By then we will be well practised in moving house,  and should, therefore, be well prepared for life in the ministry!