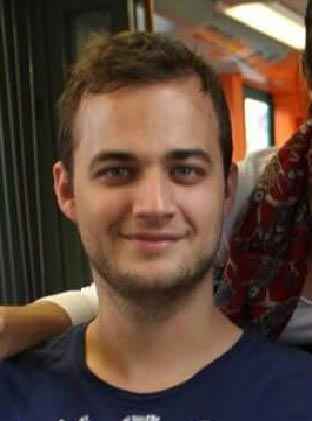 Dear readers! My name is Werner Straeuli. My wife and I have been in Germany for just over a year now and I am currently in my third Semester of my Theological Degree at the Lutherische Theologische Hochschule in Oberursel.

This path though wasn’t always a planned one, at least not from my side.

I was born in 1992 in Pretoria, South Africa. My parents, Hans and Renate Straeuli, gave me a good Christian upbringing. I was part of the St Paul’s congregation in Pretoria. This congregation was, in its entirety, an essential part of my life, be it the Sunday service, the brass band on Thursdays, Children’s Camp (or later Teenager Camp and Youth Retreat), Brass Band Festival or Synodical Youth Day.

When I matriculated in 2010 from the Deutsche Schule Pretoria (DSP), I took a gap year in Germany and decided by this time, to study Chemical Engineering at the University of Pretoria, South Africa in 2012.

Even though this field of study interested me greatly, I knew, at the latest in September of 2012, that this was not meant for me. Therefore I decided at the end of 2012 to no longer run from my true calling and ended my Chemical Engineering course. From 2013 to 2015 I then busied myself with the study of biblical languages (Hebrew, Greek, and Latin). In addition, I also studied ancient cultures, different religions and philosophy. In November of 2015, I graduated from the University of Pretoria with a Bachelor’s degree. As my courses in Germany only started in April of 2016, I decided to use that time productively in a way that would serve my future as a pastor. I took part in a crash course in psychology. This practical lasted 6 weeks and gave me a good insight into aspects of pastoral care.

Before I continue explaining my studies, my wife should first be introduced. I met my wife, Nadia (neè van Ryneveld) in the middle of 2012. As she was Afrikaans and as my competence in that language at that time was not the best, we communicated mostly in English. Luckily there was an English service at the Seminary in Pretoria every Sunday, which we could partake in. Nadia studied Financial Management and also managed in 2014 to take an extra German course, so to better understand me and my family.

It was in 2015 that I eventually gathered enough courage to offer her a ring, which she fortunately accepted. Less than a year later, we were married by Pastor Thomas Beneke in Centurion, Pretoria.

On the 14th of April 2016, we moved to Oberursel, Germany. Thanks to the help of my neighbours, especially my brother Christian, I was quickly able to sort out all formalities and we were able to settle in very comfortably. The courses and the way of studying at the Hochschule in Oberursel are a bit different than I was used to from the University in Pretoria, but thanks to the friendliness and all the help of my fellow student and of the professors, any irregularities and questions were quickly cleared up. Currently, I am still busy with the “Grundstudium” and am planning to write the “Zwischen-prüfung” (intermediate exams) in 2018.

Even though my wife understands German quite well, the move to Germany was still quite a culture shock for her. She has settled in quite well though now and has a good relationship with all our neighbours and even has a job, which is located not far from campus.

All in all, we are really enjoying this experience in Germany and we are making the most of it in every possible way. But even though I am enjoying my studies and we are having lots of fun here in Europe, our hearts are still in South Africa and are looking forward to the day that we return.