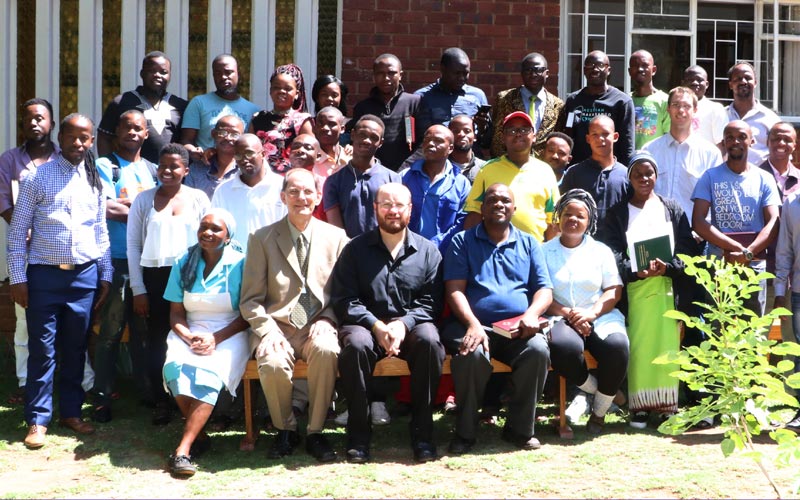 Then Samuel took a stone and set it up between Mizpah and Shen. He named it Ebenezer, saying, “Thus far the Lord has helped us.” 1 Samuel 7:12

The Prophet Samuel lived in a time of transition. Before him, the judges had led the people of Israel. After him, kings ruled over the people.

During this time of transition, a war broke out. God’s people won the victory! Samuel acknowledged that it was by God’s power and grace that the people won the war. And he said, “Thus far the LORD has helped us…”

Thanks to the LORD God, thanks to the support of the shareholders and the board of directors, thanks to synods, churches and individuals from South Africa and from abroad, the LTS is carrying on, day by day, month by month.

We don’t know how long this time of transition will take. But we are sure that “Thus far the LORD has helped us…” and that He will not abandon us in the future.

The LTS is committed to teaching everything Jesus has taught us. Students from different backgrounds are being prepared to share the Good News all over Africa, and, God willing, maybe in other continents as well. God’s work cannot stop! Each of us is a member of God’s Kingdom and a “shareholder” of His task of “teaching all things.” You are also invited to join our team!

Professors from abroad and from South Africa are willing to come and help our small staff by teaching what needs to be taught. Four Intensive Courses with Guests Professors have been planned for this year, improving the quality of LTS Theological Education. Several other professors are offering themselves to come next year. This is a blessing!

We thank all supporters who are sending donations of money and food to meet our budget. God bless you! I encourage you to continue your efforts. I invite more people and churches to join the LTS in its task “to teach everything” Jesus had taught us. The students cannot be frustrated in their goal to become pastors due to lack of resources. Consider making the LTS your personal Mission Project and pledging to the LORD to support the LTS.

Ebenezer: Thus far God has helped us, and we have confidence He will help us in the days do come as well.