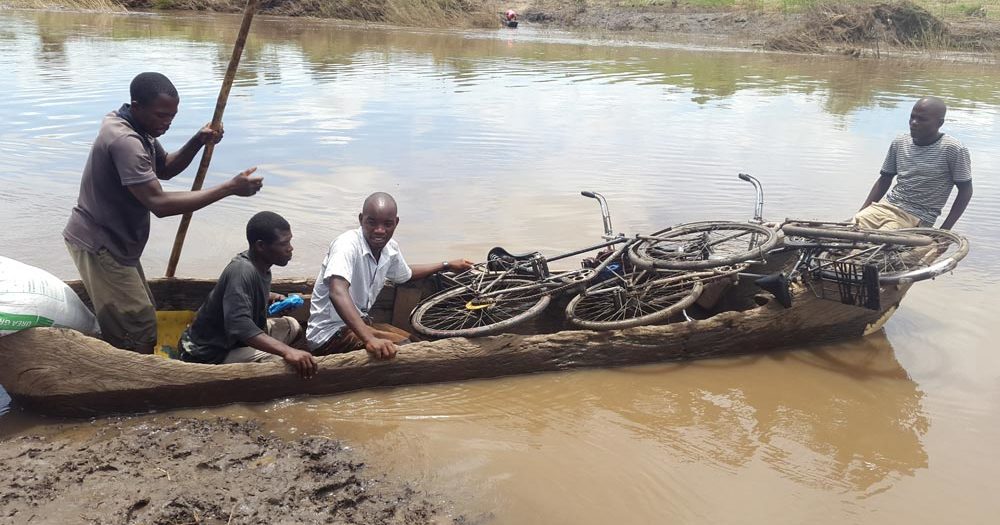 Pastor Mateus Sifa, President of the Concordia Lutheran Church in Mozambique (ILCM), moved with his family to the city of Beira in September 2016.

They settled in a township called Manga. He is the first pastor of the ILCM who lives now in an urban area, 500 km from the church headquarters in Sena. A small group of Lutherans had moved to that township and they were gathering under the leadership of a young student called Antonio Quembo. They asked for a pastor, and so Pastor Mateus came to support this young church and to shepherd God’s flock in the city. Due to the pastor’s leadership and the preaching of the gospel, the small group is growing; the church now has 42 members.

Some of the newly converted contacted their families in their home towns, and shared with them the new faith they are following. Pastor Mateus was invited to visit several places. Other places heard about the Lutheran Church and invited Pastor Mateus as well. There are now eight new places that Pastor Mateus visits, some very far from Beira: Manga (home church), Nhamatanda, Manguiba B, Nhamatanda Manguiba A, Nhachirindi, Marringuí, Gumbasalai, Mambalo and Inhaminga.

Nhamatanda is a very progressive community. Unfortunately, after the severe drought they suffered last year, they are now suffering floods due to the heavy summer rains. They lost their crops and their goats and chickens. The small church in Beira came together and decided to help their brothers and sisters in Nhamatanda. They collected 100kg of corn (maize), cooking oil, washing soap, candles and matches. The only member who owns a car lent it with a driver to take the goods to the needy in Nhamatanda.

On January 19, early in the morning, Pastor Mateus and the young Antonio began the three-hour drive. Due to the flooding, they were not able to continue their trip with the car. They rented two bicycles, loaded the goods on the bicycles, and went forward through mud and water. When they arrived in Nhamatanda, they shared the goods with the people and preached the Word. People were very happy about the donations and to receive a visit from the pastor.

They shared with the pastor that another place contacted them and that they wanted to hear the Gospel preached by the Lutheran Church. Pastor Mateus and Antonio decided not to lose the opportunity to preach Christ to this new community. They had to cross a river by boat with the bicycles, and face a very difficult way to reach Nhachirindi. They didn’t stop to have lunch, and they ran out of drinking water. Pastor Mateus wrote: “I used the opportunity to preach about the Living Water, as Jesus did at the well in Samaria (John 4). The only well that never finishes is Jesus Christ, the Water of Salvation.

It was a big challenge in my ministerial life, with lots of unexpected suffering, without eating all day, drinking unclean water, crossing the river with a small boat, the roads full of mud… But thanks to God we arrived in safety, and people were waiting for us and we shared the Gospel of Jesus with them.”

They went back the same day to Beira, arriving home around 11:00 pm, exhausted and tired; but glad that they had the opportunity to share the Gospel and the love of Jesus as well as food and other supplies.

The Church in Beira began in the house where Antonio was living. When a property was bought for the church, a room of the house was adapted to be the place of worship. But soon it became too small. The members took the initiative to build a church in the plot next to the house where Pastor Mateus is living. Each member bought a piece of wood for the structure of the building, and they collected cardboard and plastic to make the walls. Some students of the Theological Education Program – TEP, fixed a black plastic canvas as the roof.

The next step will be to buy some plastic chairs, and they dream of having a little keyboard with a sound system to lead the songs. They have only drums at present. Of course they will need a permanent brick church very soon. You are welcome to help them to build a church.

We thank you all for your support and prayers. Don’t forget this young church, which is eager to share Christ and His love with all their people around the country, as far as the
border of Malawi.