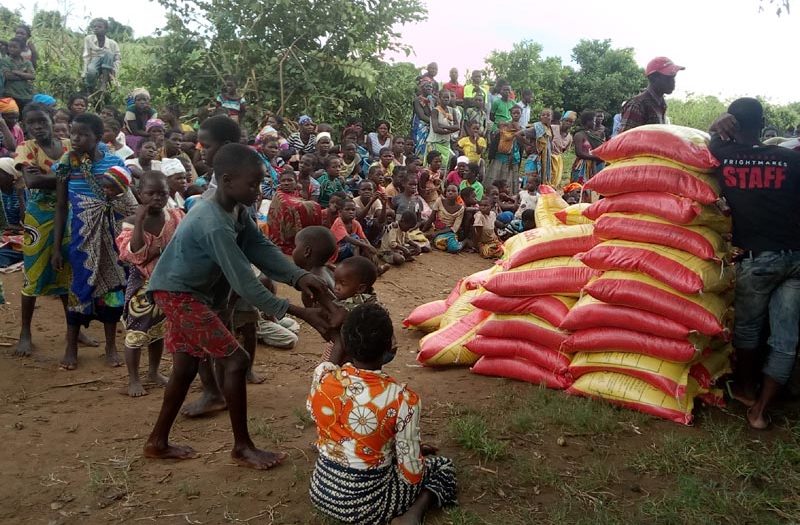 Especially the second largest city of Mozambique was affected: Beira was 90% destroyed. Before and after the cyclones, heavy rain destroyed their crops.

The Lutheran Church members were affected as well. One young man, just married, disappeared in the water stream. Some others passed away due to diseases that follow the cyclones: cholera, malaria, diarrhoea… Churches and houses were destroyed.

Their cry for help reached not only heaven, but also the ears and hearts of many fellow Lutheran Christians around the world, also in South Africa. Donations from individuals and from churches were collected and sent to Mozambique. The church leaders are managing them well, buying and distributing food to the members affected by the cyclone and by flooding. 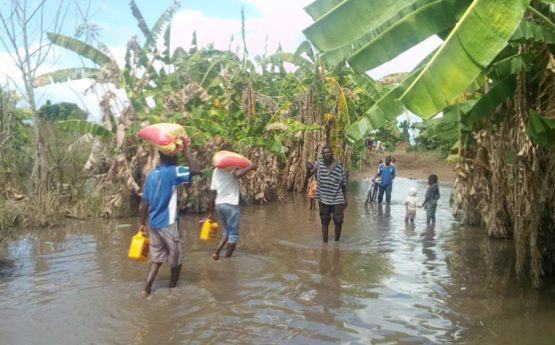 Till the end of April, 3 474 people benefited from this help, 17 800 kg of rice and 3 560 litres of cooking oil were distributed, plus beans, salt, drinking water, vegetable seeds and other items.

On behalf of the Lutheran brothers and sisters of Mozambique, we thank you for your support and prayers. They will need help at least for the next three or four months, till they may have another crop. Your donation via-MLC is welcome. Contact me for more details.

The pictures I received when the people receive the food are contagious: They are happy, they clap and dance around the food, praising the Lord.

You, Lord, brought me up from the realm of the dead;
you spared me from going down to the pit.
Sing the praises of the Lord, you his faithful people;
praise his holy name.
For his anger lasts only a moment,
but his favour lasts a lifetime;
weeping may stay for the night,
but rejoicing comes in the morning.