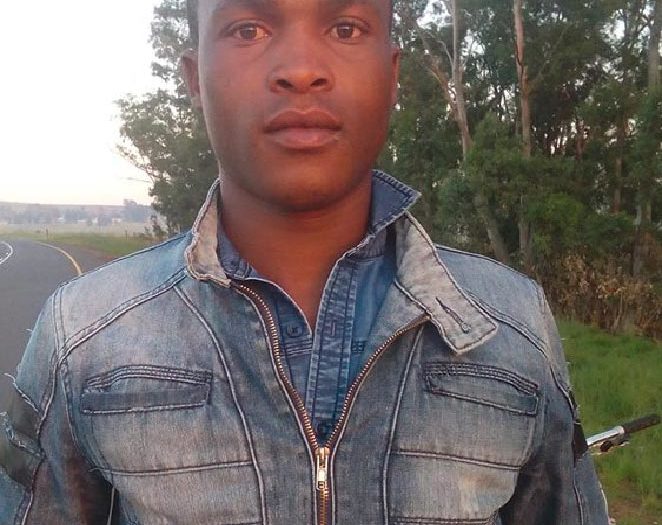 This morning, Thulani – one of the workers of St Martin’s Village – came to the church service for the first time.

He came wearing flip flops and a white vest – not fitting for a church service according to my sensibilities. He held his Bible firmly in his arms.

I played the prelude on the trumpet and didn’t realize that Thulani wanted to speak to Pastor Beneke. During the first hymn, Liesel (the pastor’s wife) told me: “Thulani has a problem!” I went out and saw him weeping with Pastor Beneke. He wanted to confess to the congregation and God that he had sinned very badly and in tears asked that we should please help him. I did not know how Pastor Beneke would handle the situation, since the service had already begun and he was needed there.

Pastor Beneke invited Thulani into the church and let him sit with him at the very front. I realized that Thulani was VERY tense. The hymn had just finished. What would Pastor Beneke do?

He started the service with the catechesis on the first three verses of the song “From Heaven above to earth I come…” and then said that Thulani also wanted to say something.
In tears, Thulani began to confess – in Zulu, so I did not understand everything – that he takes drugs and smokes dagga. He had sinned badly and wanted to be saved from the curse of sin. He begged God for forgiveness and asked God and us as a congregation to help him. He asked Pastor Beneke to pray for him. Thulani knelt in front of the altar and Pastor Beneke laid his hands on him and prayed to our God. Thulani also came forward with the congregation during confession and absolution.

We continued with the service as usual. During the sermon I watched Thulani. He was very tense. He did not sit still, but held the Bible tightly in his arms. Every now and then he opened it, leafing through the pages, wiping tears from his face. After the sermon, he left the church and I followed him. He said he wanted to go home. I asked him if he would not like to come back to church, but he did not want to. I encouraged him to continue to speak to Pastor Beneke and to go on praying to God for help.

When I came back inside the church, one of our members – Xoli Dube – came to the door. She went straight to Thulani and started talking to him. From my place in the church, I kept an eye on them as they were talking. Xoli took his bicycle out of his hand while talking to him. Thulani cried bitterly every now and then. When I looked at them again, Xoli urgently signalled to me to come outside. Xoli said he wanted to go home, but she did not think we should let him go alone after he had told her something. Later, Xoli told me he had wanted to take his life.

Xoli continued to speak with Thulani in Zulu and told him to continue talking. I did not understand everything. From the little Zulu that I understood, I realized that he was speaking about having killed someone! I wondered what we needed to do with Thulani now, having found out that he had committed murder. Do we have to take him to the police? Xoli stayed calm and kept asking him to speak. He cried again. Xoli told him to light a cigarette to calm down. I thought he should rather burn the hashish (dagga) now. Meanwhile, the service continued, we heard the congregation sing.

We went around a corner because Thulani did not want to smoke in front of the church. He lit his cigarette and started talking again. He threw his cigarette on the ground and declared that he had strangled a man with these hands, tensed his arms and hands, and kept repeating: “With these hands I have strangled him!”

Thulani is currently in his mid-twenties. He was 15 years old at the time of the murder! The man wanted to rob him. He showed us the scar on his head, where the man had hit him. Thulani had been in prison for the crime. During his imprisonment, he was tattooed on his arm and now he wanted to get rid of the tattoo.

Again and again, Thulani threw the cigarette on the floor saying, “With these hands I have strangled someone!” He wanted to return to the church to confess further. Xoli told him that, for now, he only needed to talk to her and “Uncle Lutz.” Thulani told us that his mother is sick from a stroke and he is feeling guilty because he thinks it is his fault. He wanted to see her the next day.

If we wouldn’t have received the support of the Mission of Lutheran Churches, we would not have been able to help Thulani. Thank you!

Missionary Beneke continues: That afternoon and in the time since then, I have been able to have many intensive discussions with Thulani. Especially at night, he struggles with the traumatic experience from his childhood – during sleepless nights he felt that the spirit of the murdered man was torturing him. Thulani wanted to be free from these struggles and sought release in excessive alcohol and drug abuse, gambling and street fighting. But he had started to realize that these things only made the situation worse. His mother was ill and he was constantly wasting the money he wanted to use to provide for her. On the morning Lutz describes, he had finally decided to put an end to it all. He took a rope and went to the trees next to the chicken coop, where he usually takes care of the chickens of St Martin’s Village. From there he heard the singing of the service in German which was just coming to an end. On the spur of the moment, he decided to give life one more chance and ask God and the congregation for help.

Thulani is a strong, proud, energetic and hard-working man. As we prayed for him, he repeatedly grabbed my arms. His grip was so tight that I was a little scared that he might break my bones. Again and again, he said, “These hands are all that I have, and these hands have killed someone. How can I live with this?” But the more he poured out his heart before God and us, and we prayed for and with him, the more the tension subsided. Thulani said that he was a man and that he had not talked to anyone about his experience for years because he had been afraid of showing weakness. He was afraid that people would laugh at him. We did not laugh at him. Slowly the wound was opened and cleaned. He agreed to do a therapy at the “City of Refuge Treatment and Counselling Centre” here in Newcastle. The therapist and social worker later told us that he was a “model patient.” The costs (R 12 500) were carried by the congregation and other members of the FELSISA. Currently, Thulani is taking care of the chickens and vegetables at St Martin’s Village and his mother again. He also attends the devotions on Tuesday and Thursday at St Martin’s Village.

Thulani, ([thu‘la:ni]  thula + ni, Imperative Plural of thula) can mean “shut up!” but also “be quiet!” When God calls Thulani in Christ it means, “Go in peace! Your sin is forgiven.” Thulani asked us as a church to pray for him. I ask you also, to pray for him so that he can continue to resist the attacks of the evil one and walk before his God faithfully and joyfully.

Lutz Böhmer, Newcastle (Elder and Chairman of the Steering Committee of the Mission Project in Newcastle) 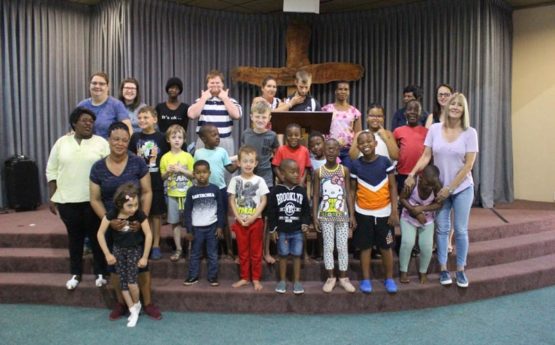