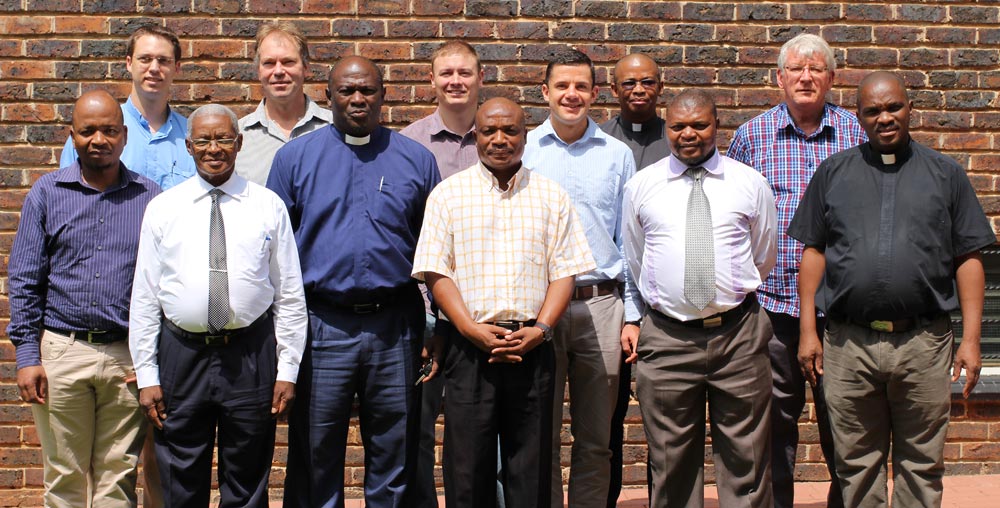 The FELSISA pastors serving in Gauteng come together every two months for a fraternal.

At the last get-together, the LCSA were invited to join in, and so on the 11th March 2016, six FELSISA and six LCSA pastors from Gauteng met together at St Paul’s Lutheran Congregation, Fairland, for a combined fraternal meeting.

After a preliminary round, where everyone introduced themselves and their respective congregations, Pastor Jacob Corzine gave a presentation on Reformation Eschatology. Pastor Corzine clarified the distinction between the spiritual kingdom and the secular kingdom, specifically when it comes to the end times. So often Christians are looking for glorious victory in church matters, but this is not what the Bible teaches (cf. Theology of the Cross).

The pastors also discussed other topics, such as celebrating the 500th anniversary of the Reformation next year, future joint meetings, the need to work together, and the common challenges and joys of working in the ministry.

The fraternal ended with a lunch, which gave an opportunity to further get to know one another. We pray this is the first of many combined fraternal meetings to come. The LCSA pastors have extended an invitation for a second combined meeting, scheduled for 2nd August 2016.