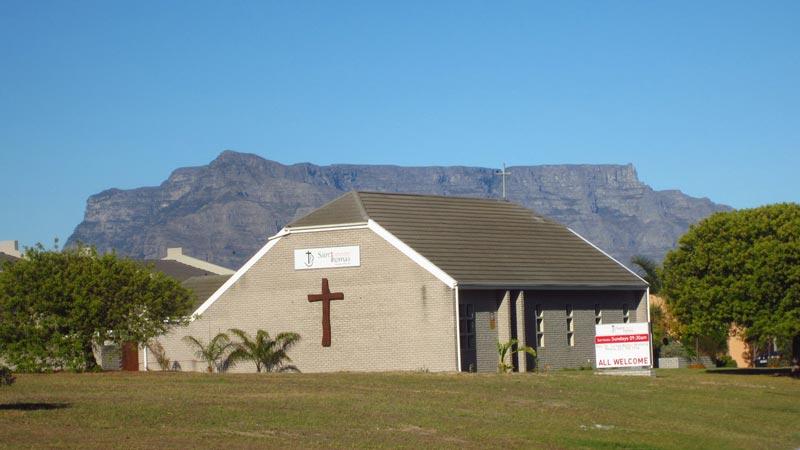 Saint Thomas was founded on Thursday, 5th August 1993 by a group of members who desired to establish a Confessional Lutheran Church in Cape Town that proclaimed the Gospel of Jesus Christ on the basis of the Lutheran Confessions.

The acceptance of the congregation as a member of the Free Evangelical Lutheran Synode in South Africa followed in the same year. This was the first time in over hundred years, that FELSISA was represented in the Western Cape.

The first Pastor to serve this congregation was Pastor Charlie Huppe, wo stayed on till July 2000. In this time the congregation grew rapidly and in 1994 the members managed to build a Church on a piece of land, which was bought with the help of FELSC-trust. On the 6th of November of the same year, the Church was dedicated for the honour and glory of the triune God.

Pastor Erich Köhne served the congregation for one year only and after this the congregation was vacant till Pastor Dieter Reinstorf accepted a call. He was introduced as the shepherd to be on 12th January 2003. The time of vacancy was mainly filled with pastors on where on pension.

In 2011 Pastor Walter Winterle became the next Pastor of St. Thomas and he served this congregation in faithfulness till 2017, when he accepted a call to the Lutheran Theological Seminary in Thswane. In December 2017 Pastor Dieter Schnackenberg was called to be the shepherd of St. Thomas. He and his family moved from Lüneburg, KZN, to serve St. Thomas. In 2018 the congregation celebrated its 25th anniversary and had grown to a number of 93 members.

The church is named after Thomas, the disciple of Jesus who had many questions to ask when in doubt. This is expressed in the St Thomas logo by the boat which is a question mark lying on its side. The “cross” reminds us of Jesus the “Crucified”, who rose on Easter Sunday three days after being crucified. It was this very resurrection which Thomas called into question, stating “unless I see the nail marks in his hands and put my finger where the nails were, and put my hand into his side, I will not believe it.” On that particular day Jesus approached his struggling disciple with great love and compassion leading him to new faith, indicated by the “sails” of the boat. As Thomas, trusting Jesus, St Thomas Congregation is alive and sailing into the future believing, although we may not always see.