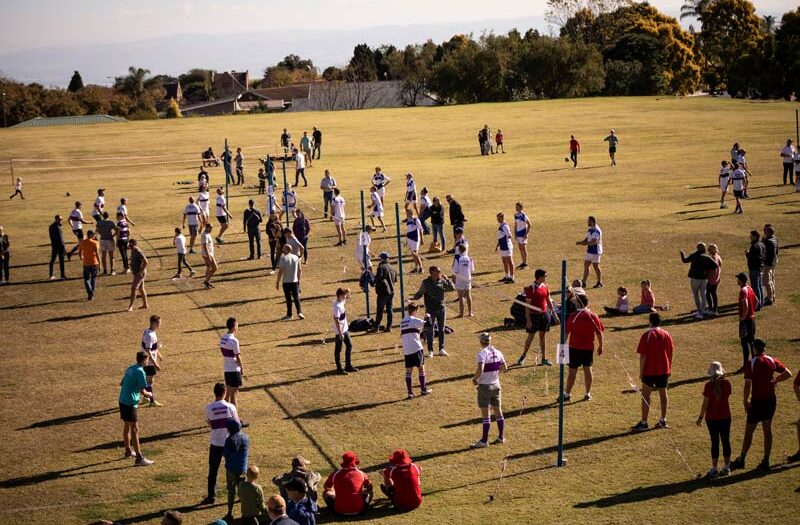 For the first time in 3 years, we finally experienced a winter youth day like before COVID! With the masks no longer being compulsory, it was almost unbelievable.

The party started on the 24th of June. After a choir rehearsal with Mr. Rainer Johannes, the fire was lit, the music turned up and the atmosphere was as if COVID had never been. Even the cold and the smoke from the fires, which almost made us tear up, could not dampen the mood.

We had to get up early the next morning, very early (at least by our reckoning). After a lovely breakfast and a cup of coffee, which we all needed, we went to Wartburg Kirchdorf School for choir rehearsal.

At 9 o’clock the service began, and everyone sang along with a full conviction. After the break, there were the usual folk songs and individual pieces. Lüneburg was first in line and sang a parody of a new song from Fäaschtbänkler. Wittenberg also sang a beautiful song. The Arcadia Youth started with a grand entrance, mourning all those who could not make it to the youth day due to exam-related commitments. This was followed by a lovely rendition of the blessing. Last but not least, Kirchdorf also performed a nice traditional song.

As beautiful as the entire program was, everyone eagerly anticipated the highlight of the singing, the final song “Freunde hat man nie genug” by Tony Marshall, which was sung loudly and mostly on tune to the enjoyment of both the youth and the congregation. Especially impressive was the trombone accompaniment that was belted out neatly.

After the polonaise, which was fun as always, the sport started. First there was a relay race, which was won by the ladies from Lüneburg and the men from Kirchdorf. Then it was volleyball for the men and “Ball-übern-Strick” for the ladies. Besides a bit of wind, it was wonderful weather in the midlands. Of course, the Arcadia A men’s team won the volleyball, but for once it was a very exciting game with Kirchdorf giving them a real run for their money. In the “Ball-übern-Strick” final, the Lüneburg ladies won for the first time in a while.

Of course, everyone was involved when it was time for tug-of-war, because those who did not pull, shouted and motivated as loudly as they could. Wittenberg took top honours here.

Finally, the “Pille”, touch rugby and ladies’ volleyball rounded off the sporting entertainment. Again, the wind did its best to disrupt the volleyball, but the “Pille” and touch rugby teams did not even notice it. The Arcadia A ladies’ team won the volleyball and Kirchdorf men the “Pille” final. (Comment: In short, “Pille” entails throwing a heavy medicine ball over a line, which the opposition has to catch and throw back.) Over at the touch, a record must have been broken when the Arcadia vs Kirchdorf game resulted in 11 unanswered tries for the winning team (in the interest of the dignity of the losers, we will not reveal the winner). In the final, Arcadia won a very exciting match against Wittenberg 3-0.

It was a wonderful, successful day, and we concluded with an evening devotion and party at the Wartburg hostel. Everyone enjoyed it very much and we are already looking forward to next year! A big thank you to the Kirchdorf congregation and to all that came to participate or support.