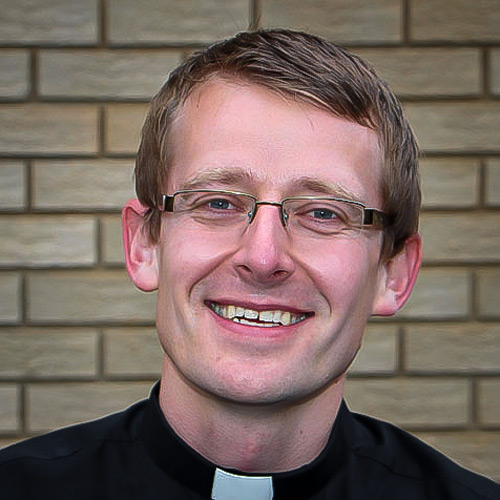 Interview with Dr Heinz Hiestermann about his doctoral thesis entitled “Paul’s use of the Synoptic Jesus Tradition.”

In 2016, Dr Heinz Hiestermann, Pastor of the St Peter’s Congregation in Greytown, completed his post-graduate studies in the field of New Testament Theology. We interviewed him to ask him about his research project. The interview was conducted by Pastor Roland Johannes.

What moved you to continue with post-graduate studies?

The longer I studied, the more I somehow enjoyed studying. Continuing with post-graduate studies just happened to be the next logical step.

What are the steps towards becoming a Dr of Theology?

If you study at a university in South Africa, you first have to complete a degree in a given field of study. This can be extended into an Honours degree and then even further into a Masters degree. Only then can you enrol in a doctoral degree programme.

There is a debate over how much Paul actually knew about Jesus. What is this about?

For the first 18 centuries of Christianity, the matter had been straightforward. There had been no doubt that the apostle Paul had spread the message of Jesus after the latter had ascended to heaven. Then in 1831 the German scholar F.C. Baur published an article in which he claimed that there were discrepancies between the messages of Jesus and Paul. These supposed differences caused the followers of Baur to believe that Paul didn’t know all that much about Jesus. They argued that Paul’s message about Jesus wasn’t necessarily dependent on the actual teachings of Jesus.

Why does this debate matter in your opinion?

You researched the parallels between Paul and the so-called “Synoptic Gospels” (i.e. Matthew, Luke, and Mark). Tell us about this!

The gospels of Matthew, Mark, and Luke are referred to as the Synoptic Gospels because they include many of the same stories, often in a similar sequence and in similar or sometimes identical wording. Synoptic means “seen together.” By comparing passages from Paul’s letters to similar passages from the Synoptic Gospels, I tried to establish whether the message of Paul agreed with that of Jesus. Topics that were

For I delivered to you as of first

importance what I also received:

that Christ died for our sins in

accordance with the Scriptures.

Compared included teachings on Jesus’s return, marriage, the Lord’s supper, clean and unclean food, and the command to love the neighbour.

What was the result of this research?

The wording and the intent of sayings of Jesus in the Synoptic Gospels agree with their parallels in Paul’s letters. My research showed that there is no reason to doubt that Paul was dependent on the sayings of Jesus when writing down these passages. Paul faithfully continued to spread the message of Jesus Christ, our Lord and Saviour.

What does this research mean to you personally?

It shows me that my faith is built upon a solid foundation! The parallels between the Synoptic Gospels and Paul’s letters not only show that Jesus and Paul proclaimed the same message, but also that both sets of writing contain trustworthy historical information.

Why is it important that we as confessional Lutherans have something to say in the field of exegesis?

In an age in which the authority of the Bible is often questioned, it is our duty as confessional Lutherans to continue proclaiming the same message as Jesus and Paul. The word of the Lord is eternal!

Do you have any more research projects in the pipeline?

I don’t have a shortage of ideas, but at the moment my work in the congregation and on synodical matters is my main priority.