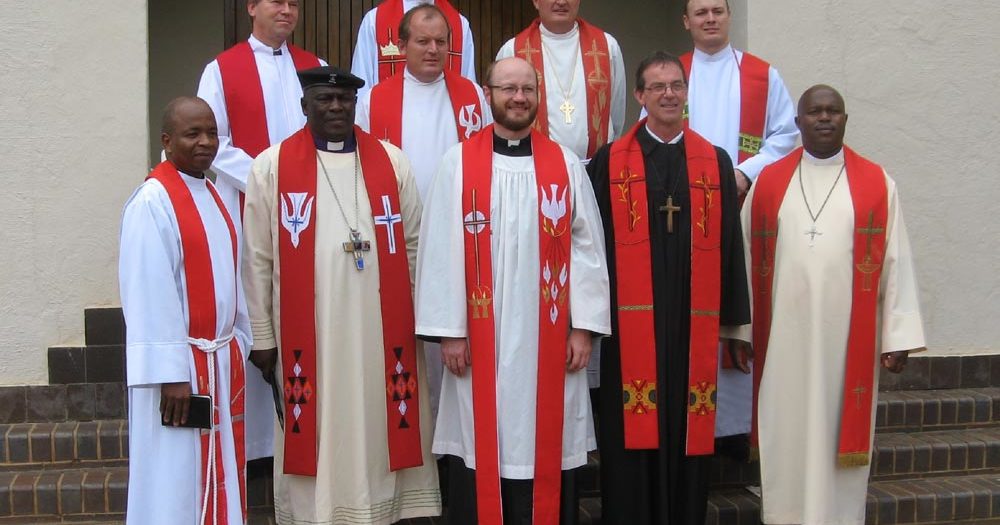 On the 4th Sunday after Epiphany the St Paul’s congregation, Pretoria, had the privilege both to celebrate a combined service with the Evangelical Lutheran Congregation (ELC) as well as the induction of Dr Karl Böhmer as a lecturer at the Lutheran Theological Seminary in Tshwane.

For me and my wife, it was great to see the many well-known faces from the ELC before the service and to greet old friends. For us and for the other members of the congregation it was another opportunity to experience and to live the common Christian confession, the unity in truth, in faith, and confession. It was just great! It was a true ecumenical gathering!

In festive robes, ten pastors from the FELSISA and the LCSA, as well as two members of the Synodical Council, made their way into the church. Mission Representative Pastor Christoph Weber in his address pointed out the meaning and purpose of the theological training at a seminary. From the beginning, there were people who interpreted Scripture differently from the Christian Church. The study of theology should instil faithfulness towards the text of Scripture in the students of theology. And God’s Word belongs in the church, which in turn should not keep it for itself but proclaim it to the world outside in the form of right, pure doctrine so that people may be saved.

The installation of Dr Böhmer was done by the Bishop of the FELSISA, Dr Dieter Reinstorf, and Bishop Modise Maragelo of the LCSA.

In his sermon on Exodus 3:1-15, Dr Karl Böhmer preached about the sending of Moses by God, Yahweh. Moses had attempted on his own to help his people and to free them from the oppression of the Egyptians. In this his own high-handed attempt he had failed miserably and had to flee for his life into the desert. But then, into his failed, helpless situation the living God appeared to him in the burning bush at Mount Sinai. He called him and sent him as His messenger to His people of Israel. God didn’t ask Moses what his abilities were or how much he had achieved thus far. In fact, Moses had not only not achieved anything so far but had messed up everything with his “abilities.” No, God, Yahweh Himself, His name, “I am who I am” is the reason for his sending. God, Himself gives the gifts and equips His servant for the work he has to do. It is He Himself who prospers His work through His servant. And He does that despite of all failures and all sin of the one He called!

Dr Martin Luther was mentioned as an example of those who are called by God. Luther had, just like Moses, recognized his own helplessness, inability and sinfulness and had for that very reason pleaded intensely with God to use him and to never let go of him!!

For every Christian, the preacher said, God’s way of calling has the meaning that He does not reject a person’s calling because of his inabilities, failures, sin and such like. No, he can and must know that God will be “with” him (v.12). “What’s in a name?” the preacher asked repeatedly. Everything!! “Say to Israel: ‘I am.’ ‘I will carry you. With my love, with my passion, with my care for you… I will carry you.’” “What’s in a name?” Even your and my name has a great meaning. Since our baptism, it means something new, which God created new in us. It means forgiveness, new life, eternal life with God.

The service was richly adorned with choir and brass band music. We especially liked the hymn of Stephen P. Starke to the tune by Gustav Holst, “We praise you and acknowledge you, o God.”

With the brass band music and a cup of tea, a very rich and enriching festive day came to a conclusion.