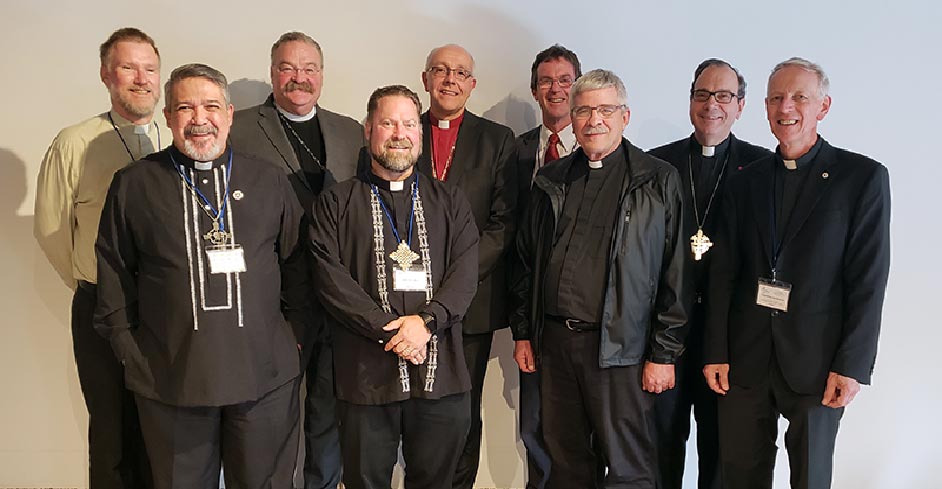 The Free Evangelical Lutheran Synod in South Africa (FELSISA) was represented by Bishop Dr Dieter Reinstorf. During the conference, the ILC celebrated it’s 25th Anniversary, although confessional Lutherans had gathered since 1952, shortly after the formation of the Lutheran World Federation (LWF) in 1947.

From the meeting in Uelzen Germany in 1952, the group that became the ILC changed its name a total of three times and held 15 conferences. In 1993 the International Lutheran Council was founded. The word “council” was carefully chosen as the ILC did not want to be seen as an association of church bodies in formal altar and pulpit fellowship with one another (without first reaching an agreement in all articles of faith), but rather as like-minded Lutherans who submit to Scripture as the inspired and infallible Word of God and the Lutheran Confessions as its proper understanding in support of one another.

In 2015 a strategic plan was presented to expand the capacity of the ILC to impact Lutheranism worldwide. Since then the ILC has been in dialogue with the LWF and the Pontifical Council (Roman Catholic Church) for promoting Christian unity and dialogue and has engaged various other Lutheran Churches. With its thirty-four member churches and five associated members, the ILC remains small, but on September 26, 2018, the ILC welcomed seventeen new church bodies into membership, representing approximately 4.15 million Lutherans across the globe. Their addition more than doubles the number of Lutherans worldwide associated with the ILC, bringing the total to approximately 7.15 million members. Most of these members reside in Africa. The ILC was also legally constituted in 2017.

The 2018 Conference addressed the topic of church fellowship and ecumenism, also a central topic at the last synodical convention of the FELSISA. In its official statement (see www.ilc-online.org) the ILC stresses that Lutherans affirm an ecumenical approach and an ecumenical claim at the same time. In short, it means: It is not a new church, but lays claim to (being part of ) the one holy Christian Church professed in the 3rd Article of the Apostle’s Creed, which in turn obligates it to engage others through dialogue and consultation to reach a clear testimony of Christ. The way ecumenism is expressed, however, manifests itself in the rich and varied histories of ILC churches. Context plays a role, but also presents the challenge to strive towards great unanimity.