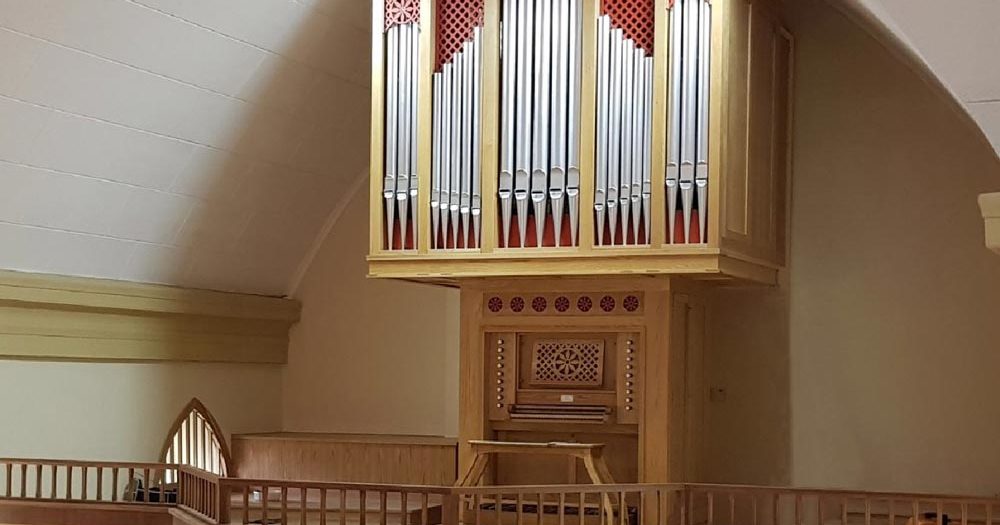 On 1st October 2017, the new Elsenaar-Organ was dedicated in Lüneburg. It was a memorable occasion for the Lüneburg congregation, which had invested a lot of money and effort into acquiring this instrument.

The dedication took place during the Divine Service after the Epistle reading. With prayer and a blessing, the organ was dedicated to the service of God and of the congregation. After this, the first piece to be played was the Prelude in C by Georg Böhm (1661-1733), who was organist in Lüneburg (Germany), where he was also the organ teacher of Johann Sebastian Bach. The congregation joined in with the hymn “Herr Gott, dich loben wir” (Lord God, We Praise Thee), inspired by the commanding sounds of the new instrument.

After the Divine Service, the instruments’ varied tonal characteristics and colours were ably demonstrated during an “Organ Devotion,” in which the choir, brass band, and the organists of the Lüneburg congregation took part. To end off the festivities, Pastor Roland Johannes played a well-attended organ recital a few days later.

Jan Elsenaar built the new tracker-action instrument in his workshop in Brandfort (OFS). The instrument has 15 stops, with 2 manuals and pedal and a total of 844 pipes. The design and the stop-list were drawn up by the organ builder Jan Elsenaar, in collaboration with Pastor Roland Johannes, who served as a consultant for the project.

The instrument has the following stops:

The stops marked with * are from the previous instrument, built by Steinmann in Germany in 1951. The Viola da Gamba is probably quite a bit older (possibly from around 1900). The rest of the pipes are new and were purchased from Stinkens Pipe Manufacturers in the Netherlands.

Jan Elsenaar managed to create a versatile and colourful instrument, perfectly suited to accompany the liturgy of the Divine Service. The organ isn’t merely able to play loudly (the Fagott 16′ being particularly impressive in this regard!), it also has the ability to play softly and delicately, so that even the romantic chorale preludes of someone like Max Reger are an experience to behold. The tonal possibilities of this instrument exceed all expectations – one can only congratulate Jan Elsenaar on this work of art!

On one of the many ancient pipe organs to be found in Europe, one can read the following inscription: „musica: praeludium vitae aeternae“; in English: Music is the prelude to eternal life. If the prelude already sounds like this, how beautiful must the eternal music in heaven be?          ■